Looking for something?
Spread the Love!

Cinnamon Sugar Donuts Are Good For Your Soul

Hi lovelies! Cinnamon has been one of my favorite spices since I was younger. It reminded me of the holidays. What better way to bring back those memories than with a donut? Except, these are not super fancy schmancy like some of the ones you find at craft donut shops. HOWEVER — they are delicious and in the end, that’s all that matters right?

The very first time I made donuts they came out like some sort of rock formation (some of them were even as hard as rocks), not so yummy. It’s really important to handle your dough as little as possible. Yes – you will have to re-roll it a few times to make the most out of it. The last few donuts will be slightly less fluffy when cooked, but still delicious nonetheless. There are two different kinds of donut dough, cake and yeast. I usually prefer cake because I feel like they have more flavor – BUT I will not lie to you, this recipe might have been better/easier with a yeast donut. It was still do-able with the cake, you just have to be more gentle when you’re inserting the filling.

I wanted to make this recipe as easy as possible – you can prep the cinnamon sugar as far in advance as you please so you at least have that ready to go. The sour cream in these babies make them extra tender and fluffy – not as dense as you think. They have a little hint of lemon from the zest in the dough, it makes a perfect partner for the cinnamon. I also am using store-bought raspberry curd here – YEP store bought – easy peasy from William Sonoma. 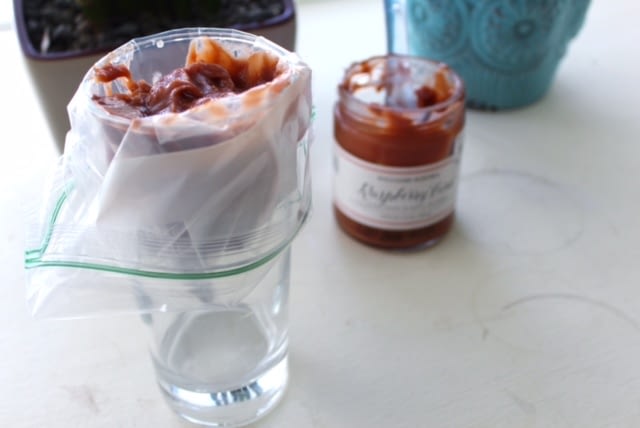 I won’t bore you with the rest of my donut fails, or how you shouldn’t over-work your dough. I WILL however, tell you that this is quite a therapeutic process, maybe even a little bit of a workout. You deserve a donut, get to it!